I don't bore or talk down to teachers. I do address their questions and concerns honestly and knowledgeably. I model the strategies and questions I have used for twenty years to engage young people in history and connect it to their lives. I bring a deep knowledge from many years of teaching college, researching in archives, thinking historically, and unusually, writing for and working with kids and teens. And I want to be helpful as well as inspiring to your teachers.

Dr. Annette Laing brings a realistic approach to teaching topics related to African American history in a way that recognizes the obstacles and importance of the subject matter. Her passion for support resonates through her content knowledge and the pedagogical strategies that she shares. Teachers left prepared to engage students in effective instruction around topics that they may have avoided in the past for a variety of reasons.​
Zoom Presentations to K12, Summer 2021

Audiences: Elementary, Middle, or High School Teachers
Teachers are excited but sometimes nervous about strengthening their coverage of African-American history in the classroom in  these contentious times. And yet the simplest of pedagogies, storytelling, is key to increasing student engagement and understanding, and when it’s backed by fact and scholarship, it can resist political attacks of all kinds. Annette offers engaging sample content from the work of academic historians in an accessible form, and shows how a matter of fact approach based on solid evidence gives teachers the curiosity and confidence they need to embed African-American history in their US history classes. Annette shows how detailed storytelling and emphasis on the significance of events and figures can help illuminate the curriculum’s generalizations and key points, as well as revealing how Black history is threaded throughout US history curriculum. Stories like:

​
Everyone knows what history is, right?
Well, kind of. For one thing, it's not the past.

Starting out with an entertaining ride through what most Americans remember from history classes, Annette blows apart what we think history is, and why we teach it.

Focusing on essentials such as asking questions, building contexts, change over time, empathy, the contingency of knowledge, and the connections between past and present, Annette gives a crash course in historical thinking (as well as non-boring history). She also explains how historical fiction encourages the learning-by-osmosis method essential to history, and how, as author of The Snipesville Chronicles series, she communicates how historians think to an audience that ranges in age from nine to adult.
​
Along the way, Annette inspires teachers to think anew about a subject they thought they knew inside out.
Speaking of which . . . Historians never assume they know a subject inside out.
And that's just one clue to the value of Thinking/Reading Like a Historian.

Depending on available time, this presentation may also show how historical thinking can be taught using a variety of primary sources, including artifacts, and encourages selecting resources for their appeal to students. Annette also shows the kinds of questions that students and teachers can pose as they approach subjects and sources alike.

Note: There are two slightly different versions of this presentation (Thinking and Reading), and each can also be calibrated to different audiences of elementary, middle, and high school teachers. Annette will discuss your needs with you before finalizing a booking.

Dr. Annette Laing was a breath of fresh air for our entire social studies department ~ grades 6 -12. Teachers found her to be engaging, motivating, and entertaining. She did a great job of reminding teachers why they love their content. She spoke to their craft of teaching! 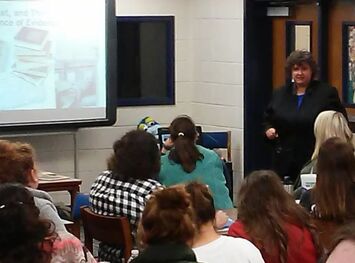 "Creativity, excitement, info given in an interesting way"
"Very exciting and informative"
"Learning ways to make social studies a fun experience for my fourth graders"
"You got me excited about going in and teaching social studies"
"Really enjoyed the performance and all the wonderful resources"
"I enjoyed the presentation of applied history"
"Annette Laing was wonderful!"

Comments from Evaluations at Teacher Workshop

A Speech in Barnesville

​
When President Franklin Roosevelt arrived in the town of Barnesville, GA, in August, 1938, he was sure that his speech would be a hit. After all, he was a wildly popular president coming to a tiny rural community. And he was bringing the greatest gift the town had ever seen, or ever would see. FDR was about to flip the switch that would bring electricity to Barnesville for the very first time.

Electricity in little towns like Barnesville, and the countryside around it, was made possible by New Deal programs created by FDR's administration, including the REA and the TVA. What's more, President Roosevelt had a special affection for the people of this area, and they for him: He had lived part-time in nearby Warm Springs for over a decade at his retreat, the Little White House, and he had come to know many of his neighbors.

So when the President addressed the large audience of local people on a football field in Barnesville, he was confident that they would do what he now asked of them in his speech, and vote against the longtime U.S. senator from Georgia, Walter George.
But things did not go as President Roosevelt had planned.
The crowd booed him.

Why should a high school student care, more than 80 years later? What difference does it make to someone living in a big city, perhaps far from Georgia, and a lifetime way? Real history isn't just about a dim and distant past. A Speech in Barnesville brings the 1930s into your classroom, for a thought-provoking encounter with NOW.

This program is suitable for high school teachers regardless of content, since it models an approach to teaching that can be applied to many subjects.

We dramatize Franklin D. Roosevelt's Barnesville speech, and analyze it as a mystery in two acts:

Act I: An Electric Question
Why did FDR care whether people in a small rural community had electricity? Sure, he had a home nearby in Warm Springs, GA, and he was paying four times more for electricity than he was in Warm Springs. But he was also a wealthy man, so the answer isn't just that he wanted cheaper power for himself! We consider FDR's motivations.

Why did the people of Barnesville want electricity? Who stood to benefit most from rural electrification? Who turned up to hear the President speak, and who did not?

​Starting with photographs of that day, we talk about who was in the audience-- and who was not. Using primary sources and empathy, we asked what electricity would mean to the people of Barnesville, and why FDR was so keen they should have it.

​Act II: A Political Blunder
Why did President Roosevelt ask the crowd in Barnesville to vote for Sen. Walter George's opponent, even as Senator George sat right behind him? Why and how did FDR, a brilliant politician, misjudge and offend his audience?

We discuss how to inspire students to ask questions, an essential skill in historical research. 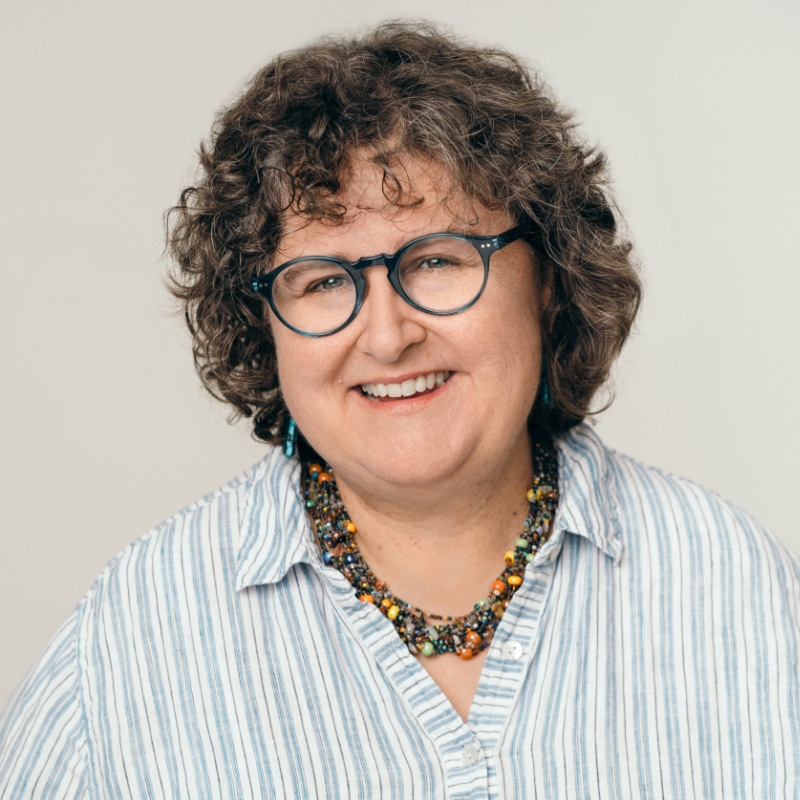